The Fraunhofer Institute for High Frequency Physics and Radar Techniques FHR develops concepts, methods and systems for electromagnetic sensors, particularly in the field of radar, together with innovative signal processing methods and state-of-the-art technology in the microwave to the lower terahertz frequency range. Its internationally acknowledged and valued competence covers almost every aspect of modern radar technology. With a budget of approx. € 29 million (2014) and approx. 285 employees, Fraunhofer FHR is one of the largest radar research institutes in Europe.

Radar and related high-frequency systems form a key technology for defense and security, particularly in the field of reconnaissance and surveillance. FHR has supported the German Ministry of Defense in this field since the foundation of the institute in 1957. In Germany, the institute has played a pioneering role in the development of new technologies for numerous applications: e.g. space reconnaissance with radar, multi-function radar systems with phased array antennas, adaptive interference suppression, millimeter wave techniques, ultra-high resolution radar imaging, moving target recognition with space-time filtering, target classification and passive radar.

In keeping with the framework conditions of the Fraunhofer-Gesellschaft, the unique role and competencies of the institute also stimulate increased involvement in civilian markets. The activities in the new business units Air and Space-Based Radar Systems, Land and Sea-Based Reconnaissance, Systems for Security and Protection, Sensors for Vehicles and Traffic, Sensors for Quality Control, Energy and Environment as well as Electromagnetic Simulation and Antenna Technology constitute concrete examples of innovative applications that are being implemented in many areas of the company.

Fraunhofer FHR has worked for many years on the development of radar systems and high frequency sensors. In addition to the construction of high-performance array antennas, the institute also focuses on the development of broadband radar sensors for imaging systems. Fraunhofer FHR has developed some of the most powerful radar systems in the world, including the PAMIR system, the COBRA series and MIRANDA, the first radar system worldwide with an operating frequency of 300 GHz and a bandwidth of 40 GHz. Within the framework of expanding its civil activities, Fraunhofer FHR conducts research on techniques and processes in the field of industrial quality control. These include high frequency sensors for industrial applications, e.g. in the area of steel production, as well as imaging systems such as SAMMI, which are developed for quality assurance or security applications. In the process, Fraunhofer FHR applies its expertise in the areas of millimeterwave sensors and radar signal processing. Here, the production capacities of Fraunhofer FHR are used for the construction of cost-effective and efficient radar systems and new signal processing techniques, e.g. MIMO systems and multi-frequency, tomographic processes, are developed. The capability to produce line-scan cameras in-house coupled with the ability to adapt signal processing techniques paves the way for the realization of individual, customer-specific solutions and the flexible design of development processes. 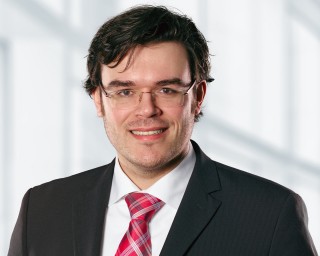